In his annual interview with the Al-Mayadeen news channel, Hezbollah's Secretary General, Sayed Hassan Nasrallah answered questions from the great figure of the pan-Arab media, Ghassan Ben-Jeddo. Durand the 3h48min of this apparition the sayed evoked all the news points which punctuate the geostrategic events and the frictions between divergent ambitions. The answers provided were not satisfied only to satisfy the interrogation of the famous journalist, but brought reflections on several levels.

First of all, it should be emphasized that carrying out such an interview is a real technical feat, without any exaggeration, knowing the logistics and the preparation that this requires to develop, for obvious security reasons. Let's not forget that this is an interview with the number 1 enemy of Israel and all of its allies.

Then the content of this dialogue took, as usual, the form of an annual review of the situation, but also of high-level revelations that only a character of the stature of Sayed Nasrallah could hold and especially the responses of the charismatic leader of the Axis of Resistance founded a discourse of dissuasion vis-à-vis Tel Aviv and its auxiliaries in the region.

Much has still been unveiled about General Suleymani, his involvement in Syria, Iraq, Lebanon or Yemen and the Iranian aid he conveyed throughout the region, adding to the aura of the late martyr. Information was also released on the role of Hezbollah in the supply of anti-tank Kornet missiles to the various Palestinian resistances in Gaza.

We will focus in this part, on the revelations on the balance of power he mentioned and the level of threats and preparations for a possible confrontation with the Hebrew state.

The Secretary-General spoke about the situation at the border and the latest Israeli military maneuvers and what it means.

It is at this moment that the interlocutor of the “Sayed” asks him to specify what it means to raise the level of alert and preparation for the confrontation. :

Mr. Ghassan Benjeddo will insist by asking straightforwardly the level of damage and damage that this qualitative and quantitative increase in power is capable of inflicting in depth on the Israeli interior.

To get more precision, he asks again: Should the Israelis only fear high-precision missiles? Or would the reply also come from land, sea, and sky?

The journalist’s curiosity not being satisfied (mine, either), he relaunches the question, insisting on knowing if The Lebanese Resistance, aligned air, naval and land resources against Tel Aviv. Because the public would also like to know.

In the following video we will see sayed Nasrallah recalling the principles of naval deterrence against Israel and how Hezbollah vouches for Lebanese territorial waters and its gas and oil wealth. 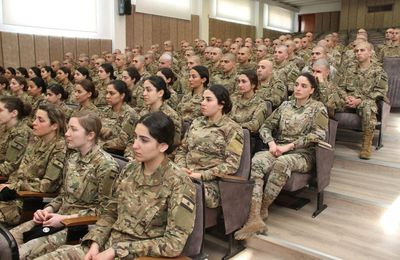