the summary of the video

In its 2021 edition, Global Fire Power, the institution specializing in ranking the military potential of all countries in the world, released its new figures for the two largest countries in the Maghreb. Can any conclusions be drawn about the advantages revealed by the figures in the event of a military confrontation?

Personally, I do not endorse this classic ranking process. Although this assessment takes into account the factors of equipment as well as the economy or demography, these are still extrapolations with linear reasoning. In my opinion, there are a lot of factors that we cannot synthesize, such as general morale, the mobilization of public opinion, the level of training and preparation, supports and alliances and especially the level of decision-making autonomy. or the self-sufficiency of its own arms industry, for example. Let us not forget either that the classification report does not take into account nuclear potentials.

This does not prevent this report from making it possible to compare figures in order to get an idea. The comparison between Algeria and Morocco makes sense, when we see the very large gap between the two potentials. In this particular case, the balance of power tilts completely in favor of one of the two Maghreb countries.

We start the report with the classification at the level of the African continent, we find Algeria in second position behind Egypt and Morocco classified in fifth position behind South Africa and Nigeria but ahead of Ethiopia which has inherited from the sixth position. Globally, the site established its ranking for all 138 countries. It places Algeria 27th in the world, while Morocco is 53rd.

Then we compare the economic figures which are given in US dollars:

We now begin to discuss the military figures of equipment and troops.

Let's first compare the air forces of these countries:

The comparison of naval forces is quite revealing and although the report indicates that neither of the two countries lines up aircraft carriers, it does not prevent that only Algeria has two helicopter carriers, including the famous Qalaat Bani-Abbas.

The comparison between the two forces also takes into account the logistical factors:

Natural resources clearly tip the scales in favor of Algiers:

We can see here that Algeria is an exporting country, while Morocco is obliged to import because it consumes much more hydrocarbon than it produces.

To conclude, we can highlight that the figures for maritime and air forces and the large gap in defense budgets indicate a clear advantage for Algeria. However, the land forces of Rabat align a larger number of soldiers in active service, tanks and armored vehicles. But Morocco's advantage in the land domain is quite relative, because the firepower of the Algerian artillery is more massive and Algiers has a larger human reservoir, which allows it to mobilize more men in the long term. .

As stated in the introduction to the subject, we cannot admit that such and such a country is stronger than another based on the one hand on figures which are of a non-static nature and necessarily evolving and on the other hand on a frozen analysis which hides many factors and which does not reflect in its figures on the equipment, the quality, the modernity or the obsolescence of its last ones.

And even if in the end we manage to clearly distinguish the strength of one country from the potential of another, that does not mean that the stronger will win a possible war between the two. History is full of examples of wars won by an adversary more impoverished or perceived as weaker. And history also teaches us the importance of geographic factors among others. 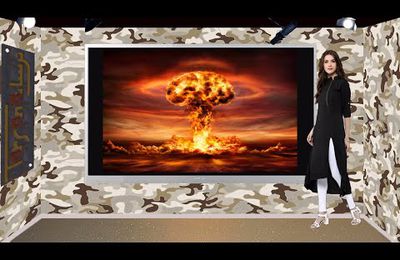