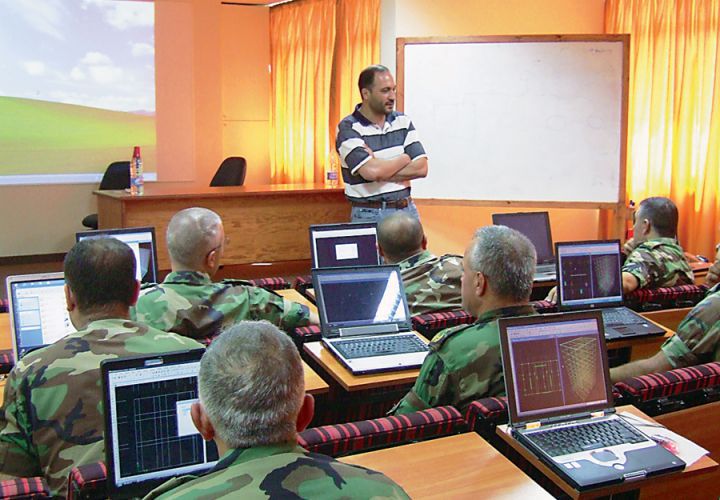 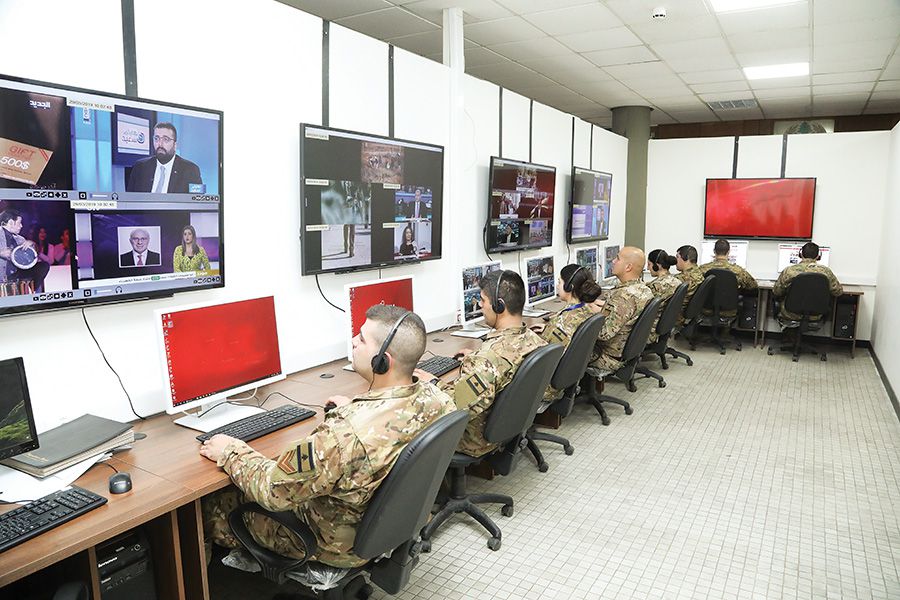 For many observers of Lebanese military affairs, the announcement did not generate much interest. Preferring to focus on another event announced by the Lebanese military authorities, namely the delivery of new combat helicopters. It is true that the reception of half of the 12 MD530-F1 devices was expected. I also admit, that seeing a flight demonstration of the new combat devices is more exciting than seeing soldiers handling office automation devices. But in terms of strategic thinking, mastering the informational situation, which influences the geopolitical climate, is far more important from my point of view than acquiring a few helicopters of a rather limited tactical scope.

If we admit that the phenomenon of the "Arab Spring" was instrumentalized and that its impactors were above all non-state actors, with media know-how ranging from the production of the image to its dissemination through social networks with all that comes with it, the importance of this kind of soft war is obvious.

The importance of information operations and communication strategies is increasing day by day. The most powerful armies in the world and equipped with the most advanced weapons can lose a war and tarnish their reputation in the blink of an eye, if they do not plan and adopt strategies for communicating with its audience. This is the war of our era ... the information war!

The Lebanese army, which always strives to develop its capabilities because it suffers from deficiencies in many areas, has realized the importance of this issue, because it needs to maintain popular support and watches over its image as a 'on the one hand and on the other, it seeks to maintain civil peace by filtering information and flushing out the agitators on social networks.

Add to this the daily crises experienced by Lebanese society, of which the institution is a part, and the need to face them by mastering the communication process in a crisis situation.

It must be said that Lebanon is seen as a school because its information and media situation is exceptional. We are talking about the only Arab country that enjoys real freedom of expression. The only country in the world where each major political party and each religious community has its own media organizations ranging from daily newspapers to TV channels, including terrestrial and digital radio. So, imagine their potential for influence and opinion mobilization with the introduction of alternative media and the internet.

In this small country of 7 million inhabitants divided by different community or ideological affiliations, there are already dozens of TV channels waging a permanent media war. Even political leaders or state institutions are insulted or slandered without incurring any condemnation, under the pretext of freedom of expression and democratic orientation.

It is really about sparing the susceptibility of religious communities. And under this pretext, the private propaganda organs of pro-Western orientation allow themselves to demonize their fellow citizens and those who, on the contrary, place themselves in the Axis of the Resistance do not hesitate to portray their opponents as traitors to the balance of Zionist projects.

Knowing that each political party, each community militia benefits from financial and technical support from a foreign actor. The unchallenged role of these media actors falls squarely within the specter of media and psychological warfare. All of this obviously contributes to weakening and destabilizing the Cedar’s Country.

This is not democracy; it is anarchy supported by corruption and collusion with extranational interests.

For all these reasons we can consider Lebanon as the most saturated environment in this field in the world and that the theater of operations of the Lebanese Army is a case study for the applications of counter-propaganda or operations of seduction. media.

Hence also the interest for the Lebanese Armed Forces to equip itself with a security apparatus specialized in informational, media and psychological warfare. We must distinguish these branches from which could be classified in the cybernetics field, even if the latter can serve as a vector, it ultimately remains a tool at the service of psycho-media warfare which is a strategy in itself which by nature enslaves disciplines and methods. multiple.

Training in this area is not new in the military, as cooperation began years ago with a specialized British team, the JIAG-Joint Information Activities Group, until we had operational trainers. information and communication strategies. And based on the awareness by the leadership of the army of the importance of the information revolution and its repercussions on the image of countries and armies, it was decided to generalize this culture and this experience. to all units and in the various training programs of military institutes and colleges, of the Military Academy (within three years and a secret commander course), at the Fouad Shehab Academy for command and staff (staff courses, battalion commander, etc.), and the NCO School, where training is provided by trainers from the Guidance Directorate.

For the same objective, a team was formed last October, which included four trainers from the British team, assisted by four others from the Directorate of Orientation of the Lebanese Army comprising a colonel PSC two majors and a journalist. This team trained around twenty security and orientation officers from different regiments and brigades, at the bases of information operations. They became familiar with IO activities, such as the environment and information strategies, media and psychological operations that are part of it, in addition to knowing how to communicate during crises and the importance of information operations. social media, learn media interview skills, identify what press conferences are, the role of the media communications manager and other relevant lessons.

The courses were not only theoretical, but included practical international and Lebanese examples. The trainees were also treated to an exercise based on the "Red Island" scenario on a hypothetical operational mission implemented by the Lebanese army, which lasted the entire period of the course. Every day after the theory trainers dropped new developments on the base scenario, allowing trainees to put into practice what they had learned during the day, with the aim of training in emergency response. The interns who chose this branch were motivated by their awareness of the importance of media and information operations in any mission they perform in the field in their areas of action.

Photographers from the Programs and Photography Department of the Guidance Directorate have also been trained with the UK team, given the importance of this specialty in the field of information operations. Eight of them followed a parallel course in photography and television. They learned editing and its techniques, image editing, storyboard script writing, war photography, and practice filming interviews and press conferences.

At the end of the module, participants were certified in the presence of the Director of Guidance, Brigadier General Ali Qanso and the British Military Attaché, Lt. Col. Lee Richards Saunders.

In turn, the members of the British training team recognized the quality of the Lebanese trainers, as well as the cultural and intellectual capacities of the participants. The exchanges with their Lebanese counterparts not only allowed them to train, but also to acquire additional experience.

It should be noted that this training will become a repetitive course at the level of the army, which will be implemented by the trainers of the Direction of 'Orientation and will be followed by officers from various other units who have not yet had it. followed.

Psychological operations are also part of information operations and communication strategies, and the Psychological Warfare Service of the Directorate of Orientation has attached great importance to enabling its officers and soldiers to master their skills. mission in this area.

To this end, a specialized Italian team intervened and trained at three levels:

• An advanced level to prepare specialized elements in the field of psychological operations, followed by 11 elements of the aforementioned directions.

• The level of “preparation of trainers” specialized in the field of psychological operations, followed by 6 elements which were previously classified in centers with advanced courses.

The three courses, which took place over a period of three months, ended with a graduation ceremony held at the Education Branch - Directorate of Intelligence and in the presence of the Italian military attaché, Colonel. Marco Zona, the commander of MIBIL in Lebanon, as well as the first deputy director of intelligence, Brigadier General Riad Allam, the head of the Department of Psychological Warfare at the Directorate of Orientation, Colonel Elias Aad, the head of the Intelligence Education Branch, Colonel Fadi al-Hasani, and the Italian training team with a number of officers.

The army takes the measure and knows the necessity of it, but ...

In conclusion, the apparatus which the Lebanese Army and its intelligence services have acquired for counter-propaganda and the control of communications acts in a reactive manner in relation to an event or a phenomenon and can take the initiative of a preventive way to avoid it.

But this is only a tool which remains very limited in the Lebanese context, because the decision to act against a broadcasting organ or media agitators would run up against political protections and community challenges. However, in the 21st century, we cannot ignore the scope of this constituent of soft warfare, the field of psycho-media action.